Now back in the studio he was able to link with some of rap’s legends like Big Tray Deee of the notorious Eastsidaz, W.C. of legendary Westside Connection, Mitchy Slick of Wrongkind Records, Damu, Slim Thug out of Houston, Prince Rick and others to put together one of the best albums of 2017-18.

With production by some of the best, the album is destined to show high caliber potential as everyone’s talents come together. Living History has been well worth the wait and we’re glad it’s here.

Big “G” Nutt has three previous albums out titled “G” Nutt – The Nutty Era, “G” Nizzle – N-U-Double and Behind Bars/2 Much Talk which is currently played on Radio Airplay and Jango.

His current focus is on doing more shows and promoting the current album, as well as finishing work on his upcoming solo album.

According to Big “G” Nutt, rap music is Southwest reality music based on his life experiences. “What sets me apart from other artists is I’m the one after the nice cars, jewelry, gangs, prison and girls. I speak from that perspective of the game today and the cost of living the life so many reach for. The music is that real in your face reality, with no takebacks.”

To enjoy doing music and sharing his experiences with the world, hoping to go on tour throughout the U.S. and overseas to Japan and other places. Also, to be able to promote other artists and help them to release their own expressions to the world. “I would say the main focus is the message in the music and the value that is put into it as an independent artist instead of trying to sound like the mainstream.” 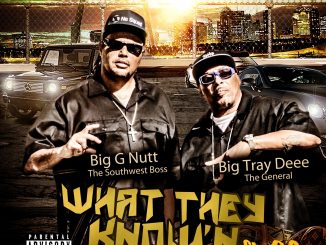 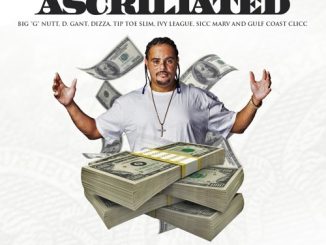