On November 12, Elle King took to the stage of Belasco Theater. Her audience, ignited into a frenzy reminiscent of Spain’s running of the bulls.

A bawdy femme, who’s echoing sensuality shares more in common with a jaguar than the stoic house cat, croons, “Devil woman wants to roll, ooh, I can make you shake; rattle your bones,” in her lead single, “Shame.”

The disparity between her outward persona of a woman in control and the rattling fear and uncertainty that comes with metamorphosis is both sincere, relatable, and cataclysmic.

“I was shaken to the core over the last year and a half. I was literally talking to ghosts. But making the album not only changed my life, it saved my life. Its like when you see somebody who is struggling; you want to shake them. Putting this record out is like shaking myself awake,” states King on why she termed her current album “Shake The Spirit,” which was dropped on October 19 by RCA Records.

As I utter the words of her experience, I recollect a quote of a woman going mad, “Madness is not someplace you go; it’s when someone else comes inside you.”

The manic coating and re-coating of interpretations of one’s self, the world, and the relation between the two is captured in the video below.

King articulates the struggle amongst her many selves, desecrated by the society which deems who and what she should be and her thirst to define herself and the world’s reaction to her. Her lucidity of her struggle differentiates her from those who are crushed for their unpermitted ambitions.

She is brave, not strong—the danger is not imagined; its real. The public eye has and will decide her freedom and her success as an artist.

However, King is not a stoic victim. She acts even as she is acted upon. She accepts that she is neither powerless nor omnipotent. She adapts.

King’s album, “Shake the Spirit,” more than a treatise on the cunning ways one’s ecosystem can encroach into the sanctum of one’s mind, is a self-portrait. Its allure, is in part, the result of the narcissism of the artist that allows the audience to see itself in her, without feeling the need to protect themselves from being more directly seen.

I used to think I was the strangest person in the world but then I thought there are so many people in the world, there must be someone just like me who feels bizarre and flawed in the same ways I do. I would imagine her and imagine that she must be out there thinking of me too. Well, I hope that if you are out there and read this and know that, yes, it’s true I’m here, and I’m just as strange as you.” 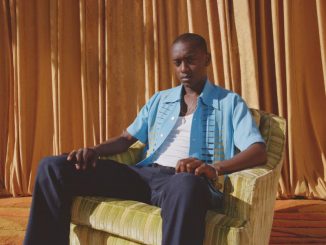 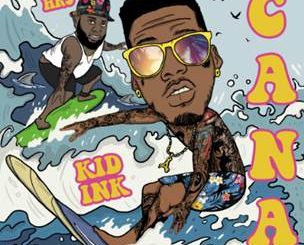