After getting the attention of Snoop Dogg and DJ Premier with his his last single “Rakim Meets The D.O.C” the Youngstown, Ohio native, G.Huff is back with a remix of “Bills” featuring Smoke Dza and production by the legendary, Pete Rock. Huff and DZA trade bars about the everyday grind of being indie artists and what it takes to pay the bills and put food on the table in today’s climate.

Gregory (G. Huff) Huff is a highly renowned emcee from Youngstown, Ohio who has received much respect as a former Sway In The Morning “Get In The Game” artist among notable coverage from The Source, 2Dopeboyz and other publications. Working with frequent collaborator/producer Vice Souletric, he dropped the fairly solid Where Do We Go From Here? featuring some notable guest appearances from Guilty Simpson and Reks in 2011. Some time later, Huff dropped his first solo project titled “Vacant Thoughts” an EP in 2013. For two years, G.Huff spent time touring and performing throughout the country, including Hip Hop Festivals such as A3C in Atlanta, Georgia, and South By Southwest in Austin, Texas. Along with performing at festivals, Huff was also the opening act during select dates with The L.O.X, Griselda and Smoke DZA on the Key To Life Tour.

In November of 2015, he released the critically acclaimed LP “Royalty For A Lifetime” which received rave reviews from fans and tastemakers. The project received a 3.5/5 rating on Hip Hop DX album reviews. In June of 2016 G. Huff premiered his official video “Be Easy” produced by Hi-Tek on Revolt TV. August 2017 he dropped a phenomenal freestyle on ShowOff Radio with Statik Selektah on Shade 45.

Those familiar enough with the emcee’s career understand his abilities including adequate beat selection and every man lyricism reflecting his very Midwest lifestyle. Influenced by artists such as Scarface, Nas and Ice Cube, Huff prides himself in tapping into various human emotions, and painting pictures that are honest and truthful.

G.Huff recently released his single “Rakim Meets The D.O.C” which is currently the #1 most added song on college radio in 2018. The Ohio emcee is finishing up the fourth quarter strong and plans on releasing more before the year ends. 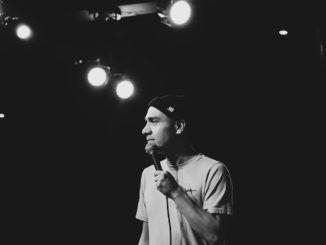 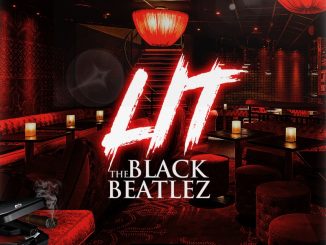