The Urban Network Digital in conjunction with Music Industry Quarterly Magazine are returning with their Annual Music-Entertainment Conference, in San Diego, Calif., June 1-5, 2016. The venue for the 4 ½ day event will once again held at tropical-themed Crowne Plaza Hotel, 2270 Hotel Circle North, San Diego, CA 92108. Registration is $100 for the entire Conference. Hotel rooms are $149 per night plus tax. To register for the Conference click here:
Register Here

The 2015 Urban Network Digital Conference was a spectacular confab with more than 1,000 people in attendance. This year’s coming event is expected to attract even more.

Nearly 100 independent & major label recording artists from various genres of music, ranging from R&B, Rap, Urban Alternative and Gospel, including several bands, are scheduled to perform over the 4 ½ day event. The San Diego Black Film Festival will be partnering with the Conference to provide indie movie shorts, film screenings, along with discussions regarding Getting Your Music in TV & Film, and Video Production. Various Music Tech companies are slated to participate, as well as a day highlighting Fashion & Music.

The 2015 topics and themes ranged from “The Many Facets of Urban Radio”; “Today’s Rap Music Game-How to Make Money in 2015”; “Back to Basics 2, What Every Artist Should Know”; “This New Era of A&R”; “A Songwriter/Producer’s Forum”; “Understanding the Convergence of Music, Marketing & Technology in a Connected Culture”; “Break The Internet: The Fundamentals of Getting Discovered and Building Your Brand Online”; “Decks, BPMs and Playlists: A DJ’s Power Panel”; and a special mentoring workshop presented by the Global Education Media Network, for select high school and college students with career aspirations in the music-entertainment industry.

The Music & Entertainment Conference 2016 is already generating a massive buzz, and is anticipated to build on the momentum and good will from the 2015 and 2014 events. 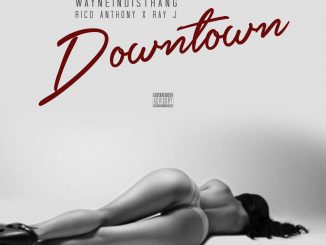