The eccentricity and versatility of On Sum Bull Sh%t‘s (OSB) music places them just outside the generalized box of Trap musicians on the West Coast and Southern rap scene. OSB’s blend of gritty Southern soul, fluid raps, and low-slung funk, makes them the dynamic duo of the new Los Angeles party rap sound. The group has been compared to Outkast, in reference to their bold and innovative direction, more focus on positivity, melody, thicker arrangements, and intricate lyrics, with their slight touch of aggression.

The group’s members D5 (Darral Scott) and Smokeone (Jordan Gendron), grew up in the notorious Crenshaw area of South Central Los Angeles; and both attended Crenshaw high school, along with several other schools known for their rough neighborhoods, drugs, and gangs.

They formed OSBsh%t officially in 2018, after releasing several solo projects, the group decided under Uneek Music to become OSB. After being discovered and signed to Uneek Music, OSB is preparing the release of their first radio single,”EveryBody Baby Momma”, produced by Scorp Dezel for Future Music Group. Stream “Everybody Baby Momma” below via Spotify.

Watch “Everybody Baby Momma” below. 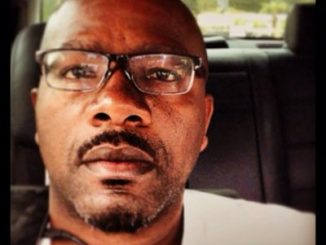