Many may not be familiar with Miramar, Florida-native TxTheWay (formerly known as T-Baby); however, those behind the scenes are very familiar with his work. The Jamaican-descent recording artist has decided to bring his talents to the forefront and make hit records for himself with his first release being the Motiv-produced single, “Jump”.

“Jump” carries a familiar hit-making formula with a catchy hook, repetitive metaphors, and relatable subject matter. TxTheWay’s musical influence span broadly from Jamaican artists like Bob Marley, Jimmy Cliff, and Beres Hammond to Florida legends like Trick Daddy, Uncle Luke, and JT Money. TxTheWay has already accomplished a noteworthy resume with his previous songwriting credits on Wyclef Jean’s 2017 ‘Carnival III” LP. However, his biggest accomplishment to-date comes in the co-writing credit for Major Lazer’s “Light It Up,” featuring Nyla and Fuse ODG. “Light it Up” peaked at #1 on Billboard’s Dance/Mix Show Airplay chart and became a platinum-selling hit record in the U.S. and Internationally.

Listen to “Jump” below. 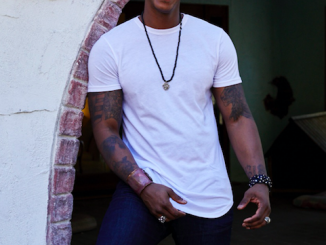