Hello Natural Red, thank you for your time with One West Magazine.  Let’s dig right in. Please tell us how Natural Red the artist started?

You know, I have always love to express myself and when I first heard Hip Hop, I knew that was for me.  I would learn all of the words to many songs and then one day it  just came to me like, hey I can put my own words here.  As they say, “the rest is history.”

What was the moment you knew this was what you wanted to do?

I was rapping in a talent show when I was in Jr high and the crowd was absolutely loving it and I was loving them.  I’m pretty sure that was the moment I realized that I wanted to do this.

We read that you are an actor as well as artist, do you do that full time or do you think it’s important to have a back up career?

I pretty much do both full time, but I am a  firm believer in securing your reality before chasing your dream.  I also have a son to look out for, so I have to make sure that I have stable source of income to provide for him. It can be music income or corporate income.  I also realize that everyone that pursues a career in entertainment doesn’t always make it.  It’s just like the NBA, everyone playing basketball is not going to make it to the league.  So it’s important to have something to fall back on.

Please tell us a little about your acting roles?

Well, I have really just started getting into the acting side of entertainment.  I was blessed to have an opportunity to have a role in a web series called “The Nest.”  I played a character named “Ridin Hood” as in Little Red Ridin Hood….LOL.  She is a streetwise hustler and a prominent member of the Eastside Ridaz, the gang represented in the show.  This role is actually not too far from who I was growing up in Oklahoma City.  I also recently played the mother to a young Kokane “The King Of G Funk” in a video for a song entitled “Life Is Hard” with him, TUPAC and Rowdoggs member, OG Rome.

Is that your real passion?

No.  I love acting, but music is my real passion.

What hip-hop albums did you grow up listening to?

I grew up listening to groups like XClan, Public Enemy, Rakim, KRS-ONE, NWA, ICE T, King T, E-40 and Tupac to name a few.  But you could pretty much just say everybody that was making hip hop, I was listening to them.

What would be your dream collaboration with any rapper or producer?

One dream collabo has already came true.  I worked with DJ Battle Cat when I first moved to Cali.  But of course everyone wants to work with Dr. Dre right?!?!?!?!  He is my choice for producer and as far as rappers are concerned, I would really love to work with E-40.  40-Water baby!!! I would love to get on a track and chop up some bars with him!!!

Who of your contemporaries do you listen to the most?

There really isn’t an artist that I listen to the most. I enjoy listening to the radio. Whatever they are playing, I’m jamming to it.

Do you have your own songs in your favorite playlist?

Absolutely.  LOL I love my own music!  Wit It, is definitely in my favorite playlist!

If you could compare yourself to an already established artist, who would that be and why?

Hmmmmm.  I am not sure in which aspect you mean, but I guess I would say that I compare mostly with Eve.  She is a Scorpio like myself.  We have tomboy ways with a feminine side as well.  She is humble, but confident in herself and vicious on the Mic.  Sounds a lot like Natural Red.

What do you think your listeners will get out of your music?

The main thing that my listeners will get from my music is a big surprise!  Simply because I am not giving them what is expected of a female rapper. And I don’t really have that female “squeak” in my voice.  It’s more like Velvet……hence “The Velvet Hammer.”

What were you thinking about when your new single “Wit It” was developed?

I was wanting to introduce myself to the world with a song that was self-explanatory.  When you hear that song, you can a pretty good idea of what kind a person I am,  what I like and don’t like etc…  There is a lot of information in that song about who and how I am.  You just have to listen to the bars!  Also my producer, Steffon aka Roachkilla – suggested that I slow my pace down on this song and really let people ride along with me on the track so to speak.  I usually have many more words in my verses.  But, I do think the end result is nothing short of spectacular.  I surprised myself with that song.

The video and song is hot, do you feel it’s your job to bring the West Coast back for the ladies of Hip Hop?

Thank you.  That video was directed by none other than James Wade.  He really did his thing for me on that.  As for bringing the West Coast back for the ladies, the ladies of West Coast Hip Hop haven’t gone anywhere, so there is no real need to bring them back.  It’s just that they don’t get the opportunities that many of the male artists get.  My job is to represent Natural Red to the fullest and make sure that the music I provide is worth listening to.  If I can make waves for the other female artist, that is a major plus.

We watched the video of the UGG West Coast Female Cypher, y’all killed it.  How did that come about and is there more collabs with the ladies of the west coming?

Awwww thank you so much.  That was such an exciting event in my career.  I was working with Shylise Simpson of UGG who is also an emcee.  She was putting together her event, The Female Hip Hop Honor Awards.  I met her through some mutual friends and we just connected.  She invited me to be a part of the Cyphers and I was extremely honored.   I have some collaborations with a couple of the ladies and I am actually cooking up something with one of them right now, that is going to knock your sock off!!! It should be out before the end of this summer.

What is “The Velvet Hammer” and when can we expect it?

The Velvet Hammer is my full length release.  It’s been a long time coming, but you can definitely expect it this year! I have just been working to provide my fans with the best I have to offer.

You seem to connect with alot of the West Coast Hip stars like Snoop Dogg, WC, Kokane, Kurupt, Don “Magic” Juan, DJ Quik and more.  Will there be any collaborations in the near future?

Absolutely!  You know, I have really been blessed to be accepted in such a prestigious circle in this industry.  I have some things lined up with my bro Kurupt and I am also about to be on a project with DJ King Assassin that is going to feature Kokane.  Bishop Don “Magic” Juan is actually a personal friend of mine,  so I’m definitely gonna have some pimpin on a track with him real soon.  And of course representing OKC and the LBC, I am looking forward to working with Snoop one day as well.

Ok, wow wow wow, you recently had a huge photoshoot at a mansion here in Los Angeles with Getty Images, how did that happen and how was the experience?

Yes, yes! That was amazing.  My publicist actually set that up for me.  S/O to Ernest Jackson over at MNS Media!!! Being a part of the “Starving Artist” project, was all that you would imagine it to be. The Getty Images staff and their photographer Michael Bezjian were awesome, the make-up squad from Moon Star cosmetics killed it.  And last but certainly not least, my stylist for the shoot, none other than Big Chan /  House of Cyndarella Couture,  had my look on point.  I enjoyed every minute of it and as you can see,  I came out with some great pics.

What made you want to get into the business?

I love creating music and expressing myself with my art. Whether it be acting in front of a camera or rapping in front of a crowd of thousands, I love it all and I have always wanted to share my gift with the world.

What is the most difficult thing you’ve had to endure in life?

There was a point in time in my life that I was on the run from the police. (Yes the case has been handled, I am no longer a fugitive…LOL) But during this time I lost my grandmother and my great grandmother.   These are two women who were extremely instrumental in who I am as a person.  The manner in which I found out about their deaths and the fact that I was not able to say good bye or support my mom during what I know was a very difficult time for her…..still bothers me today.

What is the most difficult thing you’ve had to endure in the music industry?

Liars and Haters…..LOL People do a lot of both for no reason.

Styled by house of Cyndarella Couture

Keep an eye out for Natural Red on her Facebook Here 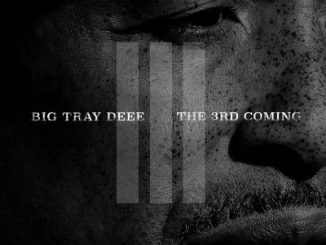 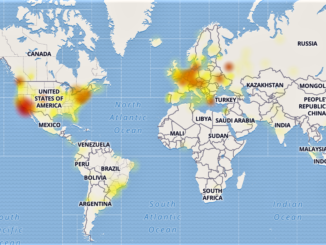 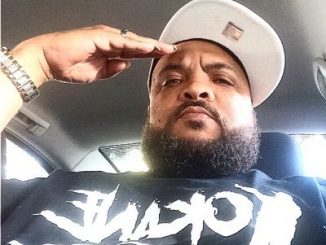