Hailing from the Bronx, NYC, during the same time a cultural movement was being born in the same
streets that he would call home. Hip-Hop became E.D.I’s first love and by the time he reached his
teenage years. He was already writing and producing his own demos. One of these demo’s made
it in to the hand of a childhood friend who was on his way to superstardom. Tupac Shakur and E.D.I
grew up together, along with Yafeu ‘Kadafi’ Fula and Katari ‘Kastro’ Cox. Their parents were all close
friends since the early 70’s. When Tupac heard E.D.I’s demo, he decided to help get his career of
the ground. E.D.I, Kastro and Kadafi began traveling the world and recording with Tupac Shakur.
E.D.I’s dynamic rap style made its debut on a record called “FLEX” which featured Treach of Naughty
By Nature and was the b-side to Tupac’s “Holla if u Hear Me” single. After that, he performed on
Tupac’s breakthrough album “Me Against The World”. E.D.I’s vocals can be heard on the title track
and the very last song “OUTLAW”. Around this same time, Tupac became friends with another HipHop
legend The Notorious B.I.G. These two greats unfortunately, only recorded two songs together.
One of them was called “Runnin from the Police” and it features E.D.I as well. Tupac’s third LP was
finished, but still needed to be mixed and sequenced. Knowing that his protégé` was always paying
attention, he entrusted E.D.I to “oversee” the mixing process in L.A. He even allowed E.D.I to pick the
sequence of the songs. This album eventually went platinum and is widely thought to be Shakur’s
best.

While Shakur was incarcerated, he decided to re-form the group, which at the time was called
“Dramacydal”. They would now be known as “The Outlawz” and Tupac gave E.D.I the moniker of
E.D.I Mean. In Feb of 1995, the seminal double album “All Eyes On Me” was released and went on to
sell over 10 million copies. E.D.I can be heard rapping on 4 songs. That same year Tupac dropped
his “Killuminati” album under the alias “Makaveli”. E.D.I is featured on 3 of the 12 tracks that would be
the last Mr. Shakur recorded before his demise. In 1996, The Outlawz, experienced the devastating
and untimely loss of both, Tupac and group member Kadafi. Shakur left over 200 tracks behind and
E.D.I’s vocals were found throughout. Tupac’s mother, Afeni Shakur, fought for control of her son’s
music and won. A revolutionary and mother, Ms. Shakur had no real knowledge of the music industry
and entrusted the ears of E.D.I and allowed him to rap, produce and executive produce the “R U
still Down” album. Released Dec.1997, the second posthumous album would eventually sell 4 million
albums worldwide. Then in 1999 E.D.I helped put together along with the rest of the “OUTLAWZ”, the
classic album 2PAC + OUTLAWZ “Still I RIse”. This album also went platinum plus. E.D.I and the Outlawz
eventually went on to form their own label and to this day continue to drop top-notch material to
their loyal fanbase.

Most recently, E.D.I has released his highly anticipated album, Edidon Presents: “The Hope Dealer”
which is currently available for download at iTunes as well as all digital retailers. E.D.I also hosts “The
Real Talk Show” which airs weekly on Tuesday nights, and he can also be found writing and
producing for other artist. He is the Co-CEO of 1Nation Music and 1Nation Digital. A mogul in the
making, E.D.I has plans to write novels, manage other acts and has already started “OUTLAW
CULTURE CLOTHING”. 2015, marks the 20th Anniversary of The Outlawz, and the group is planning an
Australian Tour. E.D.I will also oversee the upcoming Tupac Bio-pic “All Eyez On Me” as an Executive
Consultant and Music supervisor during 2016. With all these years of experience and knowledge,
E.D.I now wants to share his wisdom with younger artist and help them avoid some of the many
pitfalls of the music industry. 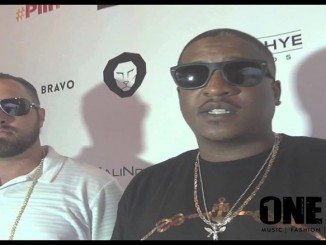