Everton “E-Dee” Dennis and Unseen Lab Recordings has released the music video for his hit single, ”Where I Belong,” featuring reggae legend Glen Washington. The music video was shot in Los Angeles, California and the lyrics highlight the challenges of living in a system that puts the youth and minorities at risk of losing their lives in the hands of law enforcement.

“Teach the truth to the youth, remember hands up don’t shoot” sings Washington. The feeling of the record is peaceful, reflecting the positive hand of hope and faith in guidance and protection.

The single is officially released on iTunes and all digital outlets worldwide and the music video is now on YouTube and will be on VEVO and local cable soon.

E-Dee recently performed in Las Vegas, NV and will be performing in the US Virgin Islands and Orange County, CA alongside Sister Nancy and RasShilo. Recently E-Dee appeared with rap legend Master P & Ace B in their new music video called, ”Werk.”

Dennis’s songs have been sought after by Hollywood, appearing in the feature films, “I Think I Love My Wife,” “How She Move,” “Like Mike 2: Streetball,” and the television shows “Greek (TV Series),” Blue Bloods,” “The Bad Girls Club,” “Bring It!,” “Little Women LA,” and “Arranged.”

In 2011, Everton starred in “Out the Gate” a feature film loosely based on his life. The film was released to theaters in Los Angeles, New York, Atlanta, Toronto, as well as Jamaican Newspaper Atlanta Daily World wrote the movie “appears to be on its way to becoming a classic. The “Out The Gate” DVD is now available on Amazon,Bestbuy and Walmart. 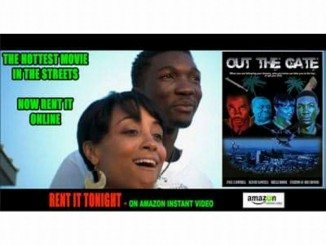