Are you tuning in to the Super Bowl this weekend? Then, make sure to catch Doja Cat during the fourth quarter of the big game with a surprise for Taco Bell fans. As Doja is one of the biggest artists in the world currently,  you can expect nothing short of greatness from the superstar. As she has several hit records including “Say So”, “Kiss Me More” and “Get Into It (Yuh), collaborating with Taco Bell during Super Bowl only propels her to a broader audience and gives world international television coverage.

As Taco Bell is ushering in a new era with an unexpected campaign that redefines Live Más, and aims to surprise and delight fans with a moment that will bring Taco Bell’s most vocal critic to the table: Doja Cat. The two have teamed up to give fans a bold new taste of what it means to Live Más, which is celebrating the differences that live in all of us by launching a high-energy ad spot with a few saucy surprises!

Doja Cat is debuting an exclusive cover of the beloved pop-rock anthem “Celebrity Skin” by Hole in the commercial titled “The Grande Escape.” The song features lyrics reworked in partnership with Courtney Love. “The Grande Escape ” serves as an epic story of liberation from conformity and shows Doja Cat alongside others who escape from a clown college in pursuit of discovering Live Más for themselves. In addition, the spot depicts the exhilaration and comfort that comes from honoring and celebrating being different.

Taco Bell is also making moves with Doja Cat to hint at its rewards members about an exclusive offer inside the Taco Bell app on game day. “It’s no secret I’m a major Taco Bell fan which has made my role with this campaign all the more fun,” says Doja Cat. “I’ve enjoyed every moment of this campaign, especially the ones where we get to break all the rules, and look forward to continuing collaborating with the brand.”

To avoid missing out on this big moment, fans need to sign up for Taco Bell Rewards by February 13 at 11:59PM PST! Do not forget the watch the Superbowl this Sunday for more surprises! 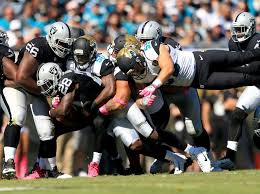