Audiomack, the foremost artist-first music streaming and discovery platform has announced that beginning the tracking week of January 22, 2021, its US data now informs the Billboard Hot 100, Billboard 200, Artist 100, and Billboard Global 200 charts, as well as all other Billboard U.S. and global charts that include streaming data.

Audiomack has also come to terms on licensing agreements with all three major labels.

More than a quarter of a billion US plays, representing streams from Audiomack’s subscription tier as well as logged-in streams from its ad-supported tier, with streams from each tier weighted appropriately, will factor into MRC Data (Nielsen SoundScan) sales calculations, influence Billboard chart positions, and contribute toward Gold, Platinum, and Diamond certifications by the RIAA.

“Audiomack serves a unique listener base that is distinct from the audiences found on competing platforms,” said Vanessa Wilkins, Audiomack’s Director of Music & Data Partnerships.

“In contributing to the most iconic music charts, Audiomack will now certify the achievements of countless artists whose previous success has never been represented fairly and accurately.”

“The true impact of young artists who make music appealing to a young audience or a lower-income demographic has never before been fully realized on the charts. With 92 percent of our audience under 34 in the US, excitedly, that is now going to change.”

Boasting 17 million monthly active users, Audiomack serves as a breeding ground for emerging artists on the verge of global stardom. Its platform remains notable for attracting a youthful and lean-forward audience, helping many of today’s top acts generate their first 1 million-plus streams.

This dual announcement comes on the heels of Rolling Stone adding Audiomack streams to their charts, which offer an in-the-moment view of the biggest songs, albums, and artists.

Audiomack, which launched in 2012, is playing an integral role in breaking new acts, such as Roddy Ricch and Rod Wave; serving as a trusted partner to Eminem and Nicki Minaj, among other notable artists, to debut exclusive releases; and helping rising African stars, such as Omah Lay and Davido, reach an international audience. As of January 2021, Audiomack is the No. 1 iOS app in the Music category in Nigeria, Ghana, Tanzania, Senegal, and Kenya. The company is ramping up production in 2021 of their popular video series Trap Symphony, Fine Tuned, and Bless The Booth.

In addition, the company’s editorial arm, Audiomack World, is expanding its written content, with a focus on sharing the stories behind our favorite artists. 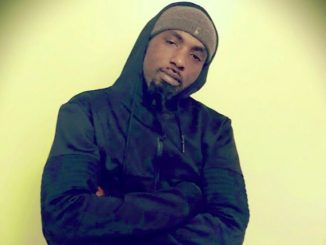