Emerging from poverty and hard  circumstances in pursuit of his rap dream, $tupid Young is the pride of Long Beach, CA. Detailing his path from streets to local stardom, Young shares, his debut album, From Here On Out.

The new album follows a loose narrative tracing Young’s rise from the cutthroat streets of Long Beach to his current success as a rapper, an entrepreneur, and most importantly, a father. On the album’s first half, in songs like “Spazz Out” and “Stay Down,” Young speaks on the anger and reckless behavior he exhibited as a youth, while the while the album’s later tracks, including the celebratory “Huh,” reflect on his maturation into community leader. Boasting production from the likes of Callan, Steelz, Cypress Moreno, OMGKenny, and many more, From Here On Out is an ideal soundtrack for the riders, ideal for a cruise down the 405 from L.A. to Long Beach.

Stream From Here On Out below and stay connected with $tupid Young here. 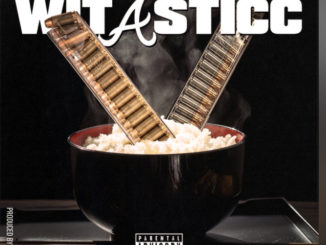