News
Keyon Dunston also known as IAmKeyNotes joined the U.S. Military in 2012 as a reservist in the Army National Guard. While still being obligated to actively participate in drills, field events, and other duties that required him to be away for lengthy periods of time, sometimes months.
With his commitment to the U.S. National Guard being somewhat less intense than that of active duty, he invested all of his “down-time” into his singing career. Key Notes was booked for many performances including clubs, bars, skating rinks, and day parties. He spent countless hours writing music and recording in the music studio.
In 2018, Key Notes made the decision to enlist as active duty in the U.S. Army. He has now been enlisted in the U.S. Military for a total of 8 years, and has had many experiences that inspire the man and the artist that he is today.
He has been involved in several accidents, one of which being an extreme situation where injuries occurred to not only himself, but to others, where he was also responsible for the rescue of these soldiers. With minimum assistance, he has been left in excessively remote locations, or as we like to say “the middle of nowhere”, and expected to find his way back in an exercise or situation known as “land navigation”. Key Notes has not only excelled in combat through military combative training, but he has also experienced many simulated war fights and other events that are considered classified, and therefore are not authorized for disclosure. During his 8 years of military service, Key Notes expresses the challenges of maintaining it all. He states “It’s always been hard, but it’s harder now. It was easier in the Guard since I had more freedom, but it’s just not as much flexibility on active duty, especially now as a Sergeant. I’m responsible for the well-being, safety, and accountability of other soldiers… for their training and for helping to mold them into leaders themselves. And also with having my own family now… But this is my dream, and I’m all in.”
One West: Where you from?
IAmKeyNotes: I am from Portsmouth, Va.
One West: What does music mean to you?
IAmKeyNotes: Music means a lot to me, but overall music is a way of life. It means influence and it creates different kinds of moods every time another song is played. Most of the time we literally pick songs according to our moods. *laughs*
One West: So you have military background do you believe rhythm has a lot to do with your

outflow?
IAmKeyNotes: I believe rhythm has a lot to do with everything I do including in the Army.
One West: Who are your musical inspirations?
IAmKeyNotes: Chris Brown, Trey Songz, Tank, Joyner lucas, Avant, and regardless of what the public thinks, R Kelly is legendary to me.
One West: What are your motivation?
IAmKeyNotes: What motivates me is honestly a bad situation that happened to me while  enlisted. Something terrible happened and I had to make a very tough decision. I allowed my music career to guide that decision. I have to continue to live with it, so I have no choice but to make this happen. I will not stop working!
One West: What are you currently working on?
IAmKeynotes: I am currently working on a crazy track with the producer Dj Da Don, I have some more very big features coming one being Bryson Tiller, and last but not least currently working on promotion and marketing my track ft. Da Baby and Petey Pablo.
One West: What’s the biggest lesson you’ve learned about taking a chance on success?
IAmKeyNotes: I’ve learned that you have to take chances and take risk in order to make a move sometimes. Otherwise you will always stay stagnant, you cant be afraid of change, you have to embrace it and adjust. Any kind of movement or change can be the one piece to your puzzle you needed to get to the full picture.
One West: How do you feel the industry is with all that is going on in the world?  What part do you have to play?
IAmKeyNotes: We have huge matters at hand and i feel like this should really be humbling the industry and artist especially to understand that they are not invincible. It should encourage the artist to make more music of empowerment to the people and spread more peace in the community.
One West: Do you feel the African American community need more black leaders to empower others to for greatness?
IAmKeyNotes: No, I feel like we need more African Americans to be on the same page, so that we are not directly contradicting what we are fighting for. It takes more than a few leaders, it takes everyone.
One West: How do you plan to exceed your expectations in 2020?
IAmKeyNotes: That is a hard question to answer because I honestly have no expectations. What I will say is that I plan to stay consistent, stay positive, continue to network, and spend my money wisely while I continue to invest in my career.
One West: What’s next for you?
IAmKeyNotes: Big name features, Album, and  help every independent artist that I can.
One West: Who is Key Notes?
Key Notes: Key Notes is a hard working man that is goal oriented, sets his sight and fights till the end. Key Notes is a man that will show all of the youth that there are more ways to get here besides selling drugs. I am the living proof that this is possible and I have a major story to tell.https://open.spotify.com/album/1pkVwIyYTseHE8n9tEFTBH?si=fhRMYgj6RdifwCBMBWyS9w 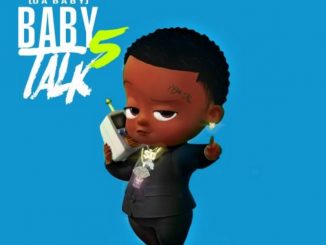 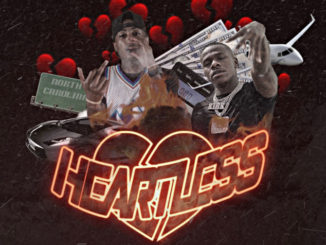 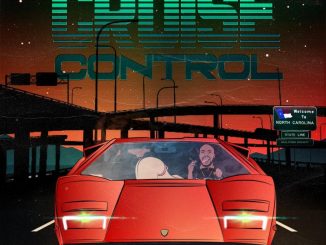