“Tia P. is one of the most influential lyricists of the new centennial movement of Hip Hop.” -Core DJ Hershey (Kiss Radio Show/Live FubuRadio.com)**

From the soulful rendition ‘Come Together’ with B. Slade to BET’s ‘The Next Big Thing’, to her own Coca-Cola Freestyle beverage mix, producing for FOX SOUL/FOX TV, collaborating with the likes of industry icons Jacky Clark Chisolm & Mary J. Blige, FUBU brands, to performing the theme song for Lego Masters FOX, Tia’s unpretentious nature breaks any glass ceiling. Bound by those only in her best interest, there are no signs of Tia stopping any time soon. Catching a breath, I caught up with the maverick talking achievements, drive, commitment to the culture, and what’s to come.

As one the newest writers/producers for the new opening intro for The Tammy Mac Late Night Talk Show on FOX TV, Tia P. continues proving the importance of focusing and doing your best work. Here, she describes the experience and how staying true to her talents earned her the role as creative.

Tammi Mac and I have a great relationship stemming from her being a radio personality, alongside co-host Don Amiche, on Stevie Wonder’s radio station, KJLH. They were big fans of my YouTube weekly series, “Minute Music Monday”, where I reproduced and remixed popular songs. When that show transitioned and became the Tammi Mac Show, she just rang my line and asked if I could write the song for her show! I was amazed, shocked, and honored. Upon hearing what I had done, she loved it, and she knew I had her back on whatever she needed. Similarly, that’s kind of how it happened with her talk show on FOX SOUL. She called my phone, told me she was getting a late-night TV show, and again, trusted me to give her some fire theme music! Needless to say, I did not disappoint my girl! The star also recently performed UNPLUGDLA in The Study Hollywood. Catch the experience…

That show was great, not only because it’s a space I’m very familiar with, but because it’s always a good vibe. UNPLUGDLA is family. I even go when I’m not performing. It’s one of those spots that’s a staple for up-and coming artist to perform, as well as vibe and connect with other musicians and build a fan base with diverse age groups. It’s also one of the few places that caters to both rap, R&B, pop, and funk. Just depends on the week and what time you get there.

Collaborating on The Miss Universe promotional song (FOX TV), the experience was not only eventful but a learning one as well. Produced by John Ho, co-written by Tia P. and Meccaandcheese, she educates us on balancing one’s own knowledge in a new space of opportunity. Proceed…

I was brought onboard as an artist and writer to participate in FOX’s October 2 Day writing camp by an incredible woman named Mamie Coleman, who is their tv/ music executive. A black woman at FOX running things? I had to jump on this, haha! There were about 16 of us that were split into smaller groups, each working on different songs for different shows. It was only then second time Mecca, John, and I had worked together. We just met the previous day, but even then, the vibe was as if we’d known each other our whole lives. That definitely showed in the music. Specifically, for the Miss Universe song, John started working on the music first. The execs wanted a hip-hop sound more so than another pop tune, so that was right up my alley! Immediately, verses started coming to me. I’d hum a little melody or say some unfinished bars under my breath, but then John and Mecca would hear it and be like “Yo, what was that??? You have to lay that down NOW”. This world is fairly new for me, so I didn’t want to try and overrun anybody, just really learn and contribute my talents as needed. However, the beauty of my team was the freedom and trust they gave me to just do me. FOX loved it! Working with FOX TV, I learned that once you’re invited to the party, give them a reason to invite you to the best one. You never know where your gifts and your attitude will take you.

Herself just as DOPE!, the artist sheds light on the song’s inspiration and finding solace in her own skin. Here you go…

I premiered the song while I was a contestant on BET’s The Next Big Thing. It quickly became a fan favorite, so I knew I had to release it and have a banging video too. At that point I was tired of playing nice, not just on the show but in my career in general: A&Rs trying to box me, record labels ignoring me, Dame Dash and the other judges not giving me my props, I was just fed up. So, I expressed my feelings the best way I know how, music. DOPE was the result. My manager knows how I love Missy Elliot, for her music and electrifyingly crazy video concepts. So, when he suggested a duality concept, the nice me discovering the wild rough and rugged me (inspired by Jordan Peele’s movie US), I was hype! I’m a Gemini, so duality is nothing new to me. I just got to personify it in this video… in a body bag. It represents me feeling trapped as a black female artist/rapper – I’m supposed to have “this” type of subject matter, supposed to look a certain way, supposed to be hood all the time. Pshhh, nah. I’m good doing me. While the FUBU brand creates its own statement, even when collaborating – Tia P. speaks only in her own voice. Here she is…

I make music for everybody, but just like FUBU I am a voice for my people. It’s great to be embraced by other races, cultures, and ethnicities, but rarely does the focus return back to Black culture or the Black community, which has been the originator of so many successful and popularized products, music genres, art, poetry, fashion, hair etc. Just like FUBU isn’t just some random company with a black guy attached to it for marketing purposes, I’m not some artist with a ghostwriter trying to tell a story to make sales. We are the culture.

FEEL GOOD! Collaboration alongside gospel singer Jacky Clark Chisolm and Mary J. Blige. This one speaks for itself…

The opportunity alone had me like “Whaaaaat?? They want me on the track with two music legends? Oh, heck yeah”. I’m a Christian, born and raised in the church, and I know that my suicidal talents were gifted to me [by] God to be gifted back to the people. This a prime example of things coming full circle, and staying true to my craft and myself. No shade to Meg the Stallion, or Cardi B. – I like them both – but I doubt I would have gotten the call if I was a hypersexualized type of artist. I recorded my verse at my home studio. A week later I got a call from Jacky Clark singing my praises! Imagine that, a Clark sister calling MY phone and singing my praises. Crazy! She’s like an aunt to me now!

Booked months out, here’s what we currently know about 2020. (On-going, new and undisclosed projects underway).

2020 has just begun, and I’m busier than ever. People are really taking notice of the Tia P. brand and artistry. I’ve got a song called “Into That” dropping in a few months, produced by one of the biggest up and coming hip hop producers in the game, Mattazik! Plus, I’m always working on something new, and the way God has been moving, who knows what’s next!

Do you. The journey is the best part, when you stay true to yourself. Don’t rush it. Appreciate every fan, hater, and supporter along the way, because they should all motivate you to work harder that you did the day before. Most importantly, (wise words from my bishop) don’t let your talent take you, where your character can’t keep you.

Tia P.’s only competition is herself. Anything but a stereotype and unlike many that do it for the accolades, Tia P. is crystal clear about who she is and what she is here to do. Surrounded by those working just as hard to see her not just win, but win the right way, humility is the greatest force which keeps her grounded thus aligning opportunities. Keep up with Tia P.: 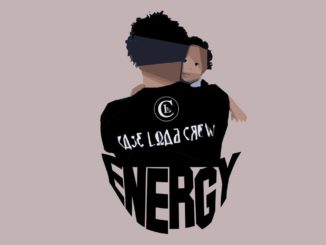 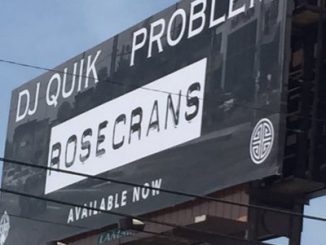 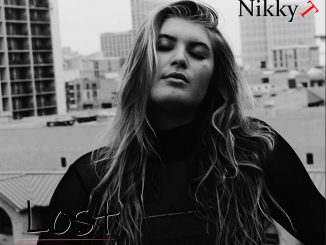