Kijana Hodge, a.k.a. Yung Woo, was born in Los Angeles on December 21, 1992, and raised in the Pueblo Del Rio Housing Projects off of Alameda in South Central. His family has a complex history of gang affiliation that has, surprisingly, influenced his approach to the rap game in a constructive way; with some of his family repping the Pueblo Bishop Bloods, and others affiliated with the Park Village Compton Crips. This duality is apparent not only in his music and his business dealings, but in his way of life. Ultimately, Woo represents unity and respect among all people.

I sat down with the up-and-coming rapper to discuss his background, his inspirations, his aspirations, and his growing discography. Check out our candid conversation below:

1. The first thing I noticed upon reading your bio is that our birthdays are one day apart. I was born on December 20th, and you were born on the 21st. Do you associate with the Sagittarius sign at all? Or do you not care about the Zodiac?

That’s a dope coincidence, and yeah, I’m a Sagittarius. Nobody got Swag like a Sagg. (laughs)

2. Very nice, I agree. So, firstly, where does your stage name originate from?

Originally, my stage name comes from my childhood nick name, “Woo Woo,” which was given to me when Martin first released his show. My dad would always yell, “Woo woo, woo woo” to get my attention; which came from the TV show. Once I got serious with my career, I dropped the first Woo and replaced it with “Yung Woo.” Later, I came to find out that Young is what my first name means in Swahili.

3. Wow, what a great origin story. Now, you were born during a hectic period: the early ’90s, just after the L.A. Riots. How do you take that into your music?

I believe it had a big impact on my music, ’cause that was also the year of the LA Gang Truce and I’ve always believed in unity, so I always try to show the unity between Bloods, Crips, blacks and browns in my music; whether it’s the topics I speak on or the features I choose for my project.

4. That’s awesome, I also noticed a lot of diversity in your content. That speaks volumes. The video for your track “Gang Violence” begins with a quote from Snoop Dogg. What inspired you to include it?

I wrote a song one day when I was watching a Compton documentary, and I seen OG Cuicide speaking on things I could relate to, and it inspired me to write a song that could have the same impact. Something that could sum up the realities of street life.

(The snippet comes from a 2013 NOISEY interview between Snoop and A$AP Rocky.)

5. You grew up in the Pueblo Del Rio Housing Projects, just five miles from Nipsey Hussle’s store on Slauson. How did the news of his death affect you?

The news affected me pretty bad, due to the fact that he’s my favorite rapper. It hit home; felt like I lost a big brother, a mentor, a best friend. I didn’t know him personally, but I’ve been a fan of his music and business moves since high school.

6. Okay, that’s true admiration. Glad I asked you about him—may he rest in peace. You’re also the first in your family to own their own business. What can you tell us about Block Musik Entertainment and Block Material Clothing?

‘Block Musik Entertainment’ is the label I started in March 2019, and ‘Block Material Clothing’ was also launched in March. I have clothes for the whole family to be fly.

7. That’s cool. Now, I see different street signs appearing in your music and across your social media: Staunton, Pueblo, Compton, Holmes. Give us the rundown on the significance behind these avenues…

Pueblo Del Rio Housing Projects is the neighborhood I was born and raised in, and it sits between Alameda and Compton Avenue. Now, between those streets you have Wilmington, Bandera, Holmes Avenue, Long Beach Avenue, Morgan Street, and Fortuna. All those streets are significant ’cause I have memories throughout the community and it helped me become the man I am today.

8. Can you also give us a quick timeline of your previous projects/mixtapes and what we can expect from the follow-up?

In 2013, I dropped my first mixtape, called No Holding Back; which I passed out a couple hundred copies of. It wasn’t uploaded to any platforms. My second mixtape, Block Musik, didn’t release until June 2018. It was released on all major platforms.

My third mixtape, Block Musik 2, was released in May 2019—and it is still very much a new release. It’s available on all major platforms as well: Tidal, Apple Music, and Spotify. I’ll be releasing a music video for “52 Bars” on September 12, 2019.

I plan to release a new mixtape toward the end of this year, or the beginning of 2020, called The Twerk Tape.

9. Is there anyone important that you want to shout-out, who was instrumental in your growing success?

First off, I want to thank God, because without him I’m nothing. He was the one who blessed me with this talent, and He is the one I put my faith in. I wanna thank my fiancée, Destiny, for supporting me and investing in me and believing in me at times when I didn’t believe in myself.

I’d like to thank my parents for having me and doing the best they could. And last but not least, I’d like to give a big shout out to my supporters; everybody who takes the time out their day to spin my music or even make a purchase from my clothing brand. I just wanna say thank you and your support never goes unappreciated.

10. Lastly, where can One West readers find you online?

You can find Yung Woo’s music on all major platforms, such as Tidal, Apple Music, Amazon Music, YouTube, and Spotify. 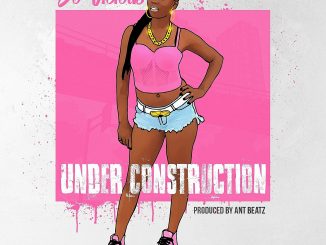 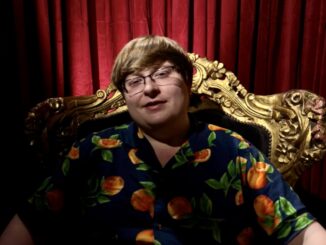 Meet Goblin: A 420-Friendly Phenom Who Is Taking Youtube By Storm 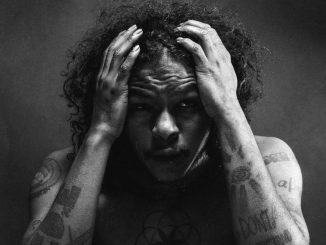