Fresh into 2019, everyone is looking for the next big star to come out of Hip-Hop and ascend to greatness. For the West Coast, previous years have brought us recognizable names such as The Game, YG, Kendrick Lamar, and Nipsey Hussle. Today, eager to stand next to those superstars is fellow recording artist S1 the President.

With his new single bubbling below the radar, ready to explode onto the airwaves in any minute. We link up with the promising newcomer for a first look at the new single and get familiar with someone we should expect to hear a lot about in the coming months.

[One West]:Who is S1thePresident?
[S1thePresident]: E. Wright. East Side Compton Native. Born and Raised. Known for being Humble, yet stay ready to rumble. President/Ceo of HubCity Entertainment LLC and also one of the hottest new Artist to come out of my City. The best-kept secret on the West Coast.

N.W.A. has a big influence on your culture, to you, what is it about them that impacted you personally and your musical content?
For starters we all from the same section. Same Hood. Grew up in the same era. Ran the same streets. Attended the same schools. Experienced the same chaos. Hang and banged in the same park. Therefore the influence was natural. All Natural. I’m keeping the legacy going on this “EastSide of Compton”. We are the NEW NWA… RIP Eazy E.

In your opinion, what does a lot of today’s Hip-Hop lack that you grew up on?
Content. For the most part, they don’t have anything to talk about. It pretty much all the sounds the same. The talk is about doing some kind of drug. Mainly prescription drugs. The music was different growing up for me. Cats talked about real life. Shit, you could relate too. Don’t get me wrong. I’m not downing anyone here. Just giving my outlook on the situation. They doing that now too but the difference is that life experiences are a lot different. The focus is different. The new wave is getting the pharmacy richer and richer! The biggest platform on earth is Hip-Hop. So all this trap music they talking about is billions of dollars worth of FREE PROMO for the other man trap aka “The Pharmacy.” Lean, pills and perc, are the mass majority of what lyrics are about today.

You’ve been surrounded by many influential individuals, who has given you the most important advice and what was it?
I was told, “You are a leader. You can do anything you set your mind to do. Invest in yourself! You won’t lose. Make sure you take care of those kids son.” I’ve been all I can be every since… RIP Pops. Thanks for dropping that jewel.

Mentioned the tough, mean streets in the past. From the ground level, tell us about today’s Compton?
From ground level, today’s Compton is a little different from when it was when I grew up. As the world is in a whole, but my city is going down more and more for the youth. They are taking all the activities from the parks and recreations for the kids. Therefore they really don’t have anything to do but soak up all the bad things in the neighborhoods when they come out to play. Even though we made some bad choices coming up we had choices. all kinds of sports and recreation. Nowadays there is none of that. Less outs to choose from.

How is your style of street lyricism different from other Compton recording artist?
Comptonian’s that’s in the game are dope lyrically but what sets me aside from MOST of the rappers today is that I’ve been heavy in the streets for a long long time doing the most so I have a lot more content and detail when it comes to this street shit. My story runs a little deeper and it’s not rehearsed.

“Kelly Park” what is the history this location and Hip-Hop?
The park is where Gangsta rap started period. We all know that the late great “Eazy E” and “N.W.A” started gangsta rap. And we all know that the members of NWA grew up, and also hang and banged in “Kelly Park.” Check your Hood History books. It’s official.

Your sound incorporates numbers a lot. Have you always had a fascination with numbers?
Always. Math and science were my favorite subjects in school. Once upon a time in the streets, I did Big numbers, therefore numbers had to be high on my priority list of things to be really good at. Plus ”310” is my area, ”572” is the code and ”1600” is my block. Numbers is life.

Does social media ever affect the music you create?
Naw not all. Unless I’m talking about some weird situation or weird person that I saw on there. Other than that the music I create comes from my heart. My soul. My many experiences in life. My smiles. My frowns. My ups. My downs.

While creating music, what are some of your must-have elements?
A little bit of Remy Martin. Some top shelf tree, and a fire ass beat! [Laughs] Naw on some real tho. A controlled environment. It’s hard to make GOOD music in the midst of chaos.

Your latest single, “Alondra Blvd”, how did the song come together?
In the process of having a meeting about my up and coming project “Alondra” we were running through some tracks and this particular tune caught my attention so we went from there. Dan Blac played the hook and I laid my verse on the spot. overnight I thought about who would be a good fit for the song and the project as well. AD was my choice because it made all the sense so I got on the phone and made some calls. I got in contact with my fellow Compton Conrad Og Suicide and chopped it up. The 3-way call was made. a meeting happened that same day and it became final. The rest is History.

What is next for S1ThePresident following Alondra Blvd?
I have a solo project that will be dropping shortly After project Alondra is done. I actually have an EP that might be dropping before Project Alondra is done. Time will tell on that one. And there is a pretty big collaboration in the works as well. Don’t want to speak too much on that until its done but a tour is being discussed.

For those who have yet to listen to ‘Alhondra’, name a few tracks along with “Alhondra Blvd” off the project that newfound fans should check out?
“Alondra Blvd” is the first single off of the project, Alondra. The Project is nearly complete but not trying to expose to many songs before the whole project is done. “CompTown” will be dropping soon featuring Big 2da boy. Another one of my lyrical Conrads from Compton. The project will be dedicated to the late great Eazy E. The pioneer of Gangster Rap and who put Compton on the Map. With that being said I’m working closely with Lil Eazy E. The Son Of Eazy. Gonna be a lot of heat on this one.

Tell us about your HubCity Entertainment and the current roster?
HCE is one of the next hottest labels to come out of the WestCoast. I’m confident of that. We already on the move heavy. We are a Compton based Record label/entertainment company Started in 2013. Tra Macc, Myself, Honesty, Spud Popi, Yellowboy the Duke, Dan Blac, and a couple more to be announced when its official.

In 2018, Streaming has created a variety of new strategies and concepts. What are some tricks of the trade you’ve learned from others that you plan to apply in your upcoming releases?
No tricks just supply and demand. The streets are in demand so I’m gonna Supply.

Who are some artists (Past or Present) out of Compton that you were influenced by that don’t receive enough credit?
Mc Ren, Mc Eiht, Mixmaster Spade, Dj Train Rip, Awal Rip (Banging on wax) And my young Compton Conrads AD, and Compton AV, last but not least Kendrick Lamar, and Dr. Dre for being the first to do what they did and making history.

Is there any place in the world like “the A-Line”
I’m pretty sure it was once upon a time but Now? Naw, like the ole girl that clicked her heels together and said: “There’s no place like home!” ALONDRA.

Eazy-E, DJ Quik, Dr. Dre, Kendrick Lamar, Compton is highly-decorated for its Hip-Hop legacy. You come from the same streets, do you feel an obligation to carry on the legacy through your music?
Most definitely. It’s in me not on me. At this point, I’ve survived the test of times for a reason. I have the real story. I can take you on a wild ride through the 80s, 90s, and back to the present… I’m still relevant.

Check out music from S1 the President now, courtesy of Spotify.

S1 the President is slated to have a breakout 2019, including more new music and forthcoming album. Request “Alondra Blvd” on your local radio station today. 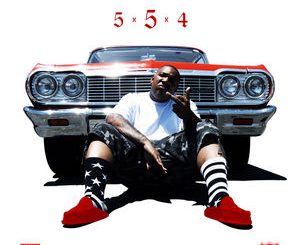 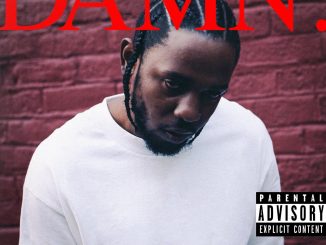 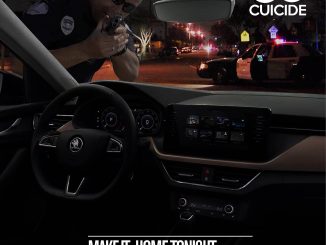