OTB Fastlane is a fast-rising star out of Houston with a hot new single and freestyle craze, titled, “Dawg Azz”. The Icestar-produced single is the third release off of OTB’s current mixtape and has gained support for several big names including Slim Thug, Paul Wall, and Yo Gotti. Inspiring a challenge, OTB credits the fans for it’s love and support that has made the project a number-one success.

OTB Fastlane on new challenge:
“The “Dawg Azz” challenge is really strictly for the fans and the people. Ever since I dropped the song people kept asking me where could they find the instrumental at. It was only right to put some fun into it and let the fans play around so they know they’re a part of it and I always do things for the people so that’s why the prize of giving money away comes in at… They’ve been supportive of me, why not? You got to support the people that support you back. The Dawg Azz Challenge is going dumb and if the people wasn’t supporting it things wouldn’t be going the way they’re going.”

“Metro Mart Baby is going to be raw and uncut. Metro Mart is a famous landmark in my neighborhood where I’m from, like generations… You can expect raw moments from me, I’m capturing all moments in the city so you could get a feel. It’s almost like an audio documentary. I been through so many things out there, it’s a place we used to hustle at. It’s the number one spot in the hood, It’s so deep even my old man he from the same spot I’m from.”

Listen to “Dawg Azz” below, courtesy of Soundcloud. 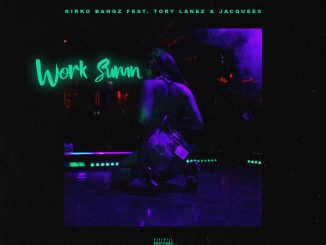 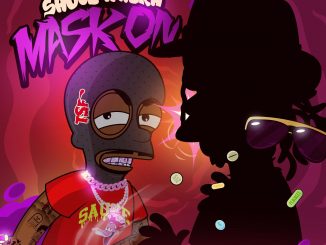