Highly acclaimed and successful YouTube and Social Media Influencer Ryan Burton, is headed into the realm of television, the big screen, and touring. With over 270k followers on Instagram and 2.6 million YouTube channel subscribers, it’s no surprise that Atlantic Records and other labels are interested in various brand deals.

Although just a senior at Drexel University, majoring in Film and Video, he’s already taken a slice of the limelight after being flown out to major events such as SneakerCon and his own personal meet and greet with his partner Noah.

“I make videos about real world things that most people can relate too. I like making young teens feel like they are not alone”

Ryan utilizes comedy in his videos to spark a sense of empowerment and happiness for viewers. His daily abundance of fan mail captures stories from young supporters whose lives have been impacted by Ryan including improvements in overall wellness and mental health. He even receives letters and thank you notes from parents mentioning the level of respect they have for him and expressing their gratitude for being a positive role model for young people.

Ryan’s knack for creativity and passion for the camera is second nature to him and has been since he was a young boy. Once he began making silly videos in elementary and middle school he knew his life was destined to change! Whether it be the thousands of signed autographs, or countless amounts of fan mail, or his defined purpose to help through comedy; Ryan, aka Rhino, is on a steady uphill journey to be the next big thing! 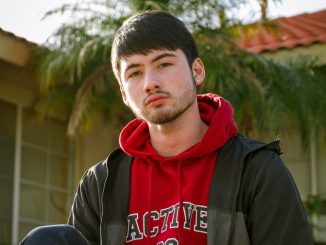