MANHATTAN – The pursuit of happyness. Israeli American Boaz Bagbag pays it forward aiding immigrants, simply for the opportunity to allow others to share in, “The American Dream”. Freedom, financial stability, and fresh start for a new generation, Bagbag supplies resources for foreigners to plant themselves firmly in the “Land of Opportunity”.

A renaissance man, the Tri-State tech guru acquired his fortune through government funded award-winning automotive safety devices. Mechanics installed in majority of service transportation vehicles, the success birth a multi-million dollar enterprise leading to a self-employed luxury transportation service that welcomes U.S. immigrants and refugees employment. To-date, Bagbag has helped employ over 4,000 U.S. immigrants in the Tri-State area alone. Providing many with vehicles and the same opportunities to create an empire for themselves as independent contractors. The 54-year-old entrepreneur has earned an estimated 50 million dollar net worth through his consumer transportation business.

“I provide them cars and help them making a decent living with no boss. They’re getting a car that’s good to work in any of app in NYC they don’t need to worry about insurance or repair just go and make money for their family.”

Relocating to the States from Israel 25 years ago (1993) in search of better living and equal opportunity. Like most immigrants, Bagbag planted himself in the U.S., ready to grow through hard work and dedication. Humble beginnings, Boaz found his way into the the tech industry and created the lucrative safety automobile technology after years working entry level in the automotive industry. The technology received mergers from transportation giants Uber and Lyft, garnering enormous increases in profits through the support. Triple profits annually since 2015.

CBSNew York reported on Bagbag and driver behavior safety technology back in June 2015. Below in the YouTube link, view complete coverage.

Self-made, Bagbag allows his struggles to be a debit paid to others on a similar path. “To humbly answer this question the truth is my generosity and helpfulness is all due to the fact that I personally went thru the struggle when coming to this country,” he remembers. “I recognize that the struggle is real, difficult and challenging and if I have the opportunity to help someone, I’m delighted to do so.”

Several financial reports indicate that continued, by 2020, Boaz Bagbag’s company could have over 10,000 self-employed transporters and annual sales of approximately $300 million only in NYC area alone. Recently, Bagbag got heavily involved to saved the Eye Low Cab taxi medalions after 5 owners killed committed suicide concluding in value loss from $1.2 Million to $175,000 dollars last auction. The acquisition will boost the profits tremendously thanks to the reliable resources.

Acquiring a fortune, Boaz became involved in politics. The accomplished businessman has also been heavily involved in Manhattan’s congress for over a decade. Understanding the importance of politics and it’s cooperation with the people, Bagbag makes it his mission to education, support, and promote the right potential candidate for every New York election.

Known donor to regional public officials and eager to make change within the community. Bagbag began involving himself in politics as early as 2004 with donations in potential Democratic officials. Bagbag has developed into a top influencer among Israeli officials, helping hundreds of people a year with financial and others issues.

Through success and opportunity, Bagbag has risen to one of the most well-connected Israeli American officials among the Israeli government. Generous employer and well-known active member of Jewish faith. In the religious community, Boaz assists in the severity of mental health issues. Through extensive research and personal interest, Bagbag is single-handledly bringing the pressing matter to the forefront through informative dialogue and regular social gatherings like benefit affairs and workshops within the community. Bagbag’s influential leadership has ignited the community to become involved in the outreach in finding funding for mental health solutions.

Remaining stateside, Bagbag also contributes to the growth of Israel, several years ago, Bagbag assisted in the purchase and providing of his country with a organized public ambalance service known as Zaka. , Zaka provides not only carries terror and accident victims on their final journey, but also serves as a mobile store-room for the ZAKA volunteers to access all types of medical, rescue and recovery equipment. Bagbag was awarded honors by the Northern Jewish Israeli community for his contribution in 2016.

To-date Bagbag uplifts the Upper Eastside mentally, financially, and culturally through his support of community leaders. A model citizen, the tech guru’s lead of example mentality inspires more than the Tri-State in the current health climate. 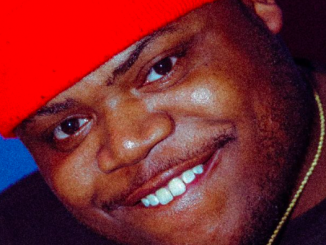 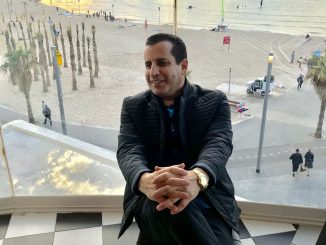 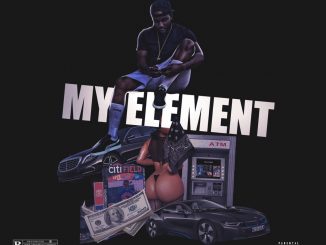