With a self-described sound of urban R&B music with bass, Chicago artist Brandon “Brand ‘Nu” Hawkins wants his music to be streamed in three places: the car, the club and the bedroom.

Stemming from the childhood influence of music from his mom (who brought him a guitar), and his aunt who took him for rides in her black Pontiac, Brand ‘Nu was always interested in creating and listening to music. James Brown or Anita Baker were always the soundtrack of choice. As a young adult, church enhanced that interest, creating a passion for Brand ‘Nu to see people’s emotions as he performed on the stage.

He says, “the fact that I can reach people like that… I want them [audience] to feel my music,” which furthered his passion to be a artist. His style is influenced by bodies of work from Erykah Badu, Tank, Bilal and Beyoncé.

When Brand ‘Nu goes to paper to pen his lyrics, he uses life experiences and emotion as he writes from a personal space of hurt and new love. His debut album, Hollywood Love, was created from those experiences.

After dropping the visually graphic video for his single “A Little Bit,” Brand ‘Nu is back with another scintillating slow jam in the form of a new song “Pocket.” ‘Nu has often said he wants his music to be streamed in three major places: the car, the club, and the bedroom. On “Pocket,” he specifically crafts a soothing number for the bedroom as he details himself being head over heels in love with his significant other. He doesn’t shy away from letting her know that fact as he croons:

“…Girl your love is popping I need it all the time, wish I could put it in my pocket…”.

The listener can tell he has been influenced by R&B greats, as he delivers a vintage style reminiscent of acts like Tank and Bilal, just to name a few. Being emotional is a given for the young artist as he is passionate about wanting people from around the globe to truly feel his music. This is displayed on Hollywood Love, which was created from his life experiences, drawn from a personal space of hurt and love. 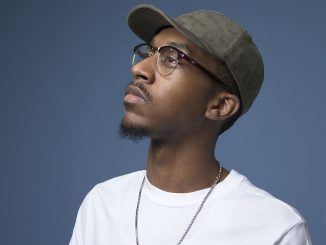