Not since the 1960s has anger at racial injustice been this palpable in America’s cities. Only a few weeks ago, Philadelphia made national headlines when protesters packed a local Starbucks chanting, “A whole lot of racism, a whole lot of crap, Starbucks coffee is anti-black!” Just a few days earlier, two black men attending a meeting hadn’t yet placed an order and the white store manager called the police and had them hauled away.

And, yet, just last week, the mood was considerably lighter on the streets of this same city – at least for those paying attention to media reports that beloved Philly rapper Meek Mill was finally being released from the State Correctional Institution in Chester, PA. Like so many other black Philadelphians, the police had treated Meek Mill like a stranger in his own city. As a very young man, he, too, had found himself in an ugly encounter with officers, then jailed, and, like so many others, suffered thereafter thanks to the the way in which the rather draconian rules regarding both probation and parole are enforced.

Meek Mill’s release was indeed something for overly criminalized Philadelphians to celebrate because, like so many urban police departments in the United States, the Philadelphia Police Department (PPD) is notorious for the way it has treated black city residents throughout its history. As Meek Mill told Rolling Stone in an exclusive prison interview back in March, “I want to speak on this system and what it does to black people – on both fucking sides of the fence.”

In 1964 the City of Philadelphia experienced a major urban uprising, thanks in no small part to the PPD’s regular – and largely unchecked – physical brutality against people of color during the first half of the 20th century. And the force only grew more aggressive over the course of the 1970s once law-and-order candidate Frank Rizzo became mayor. Then, in 1985, just two years before Meek Mill was born, the Philadelphia police dropped an actual bomb on the row house of a black organization called MOVE, killing 11 people, including 5 children. The event left more than 60 homes in ashes, and rendered 250 city residents homeless.

By the time that Meek Mill had his first run-in with Philly cops, barely two decades after that bombing, the targeted policing of the black community had led to Philadelphia having the highest incarceration rate of the 10 largest cities in the country. These policies yielded a generation of African Americans seemingly forever trapped in the criminal justice system.

Meek Mill’s first stint in prison came with an eight-year probation sentence, virtually ensuring that he would, forever after, be under some form of correctional control. Despite being paroled only five months after sentencing, for the next decade, Meek Mill wasn’t a free man. As he climbed the Billboard charts, he also found himself in court, time and again accused of violating probation. When this landed him back behind bars or under house arrest, his time under correctional control was also, in turn, extended.

Last November, after being cited for popping wheelies on a motorbike, a judge remanded Meek Mill to one of Philadelphia’s grimmer medium security facilities for that violation and, if Judge Genece Brinkley had her way, he would have remained there for four full years.

But she didn’t. The fact that powerful people from Kanye West and Jay-Z, to Michael Rubin, a part owner of the Philadelphia 76ers, had rallied to free Meek Mill certainly helped him walk out of prison April 24th. As did the fact that his lawyers had raised serious questionsregarding the credibility of the officer who arrested him back in 2007, and the objectivity and motives of the judge who had sent him back behind bars.

His release, however, happened for reasons far more important than the power of celebrity, or defense attorney prowess. In fact, and in ways that the media has failed to appreciate, last week’s dramatic freeing of Meek Mill had everything to do with the protests that have been erupting across the country for some time now.

The Starbucks protests in Philadelphia came, of course, on the heels of many more grassroots eruptions as a result of racial profiling, aggressive policing and disproportionate incarceration. To be sure, police killings of young black men have long been a serious problem in this country – as Philadelphia’s history makes clear. But thanks to people of color taking to the streets from Ferguson to Baltimore to Charleston to Chicago to protest this fact, state legislators and members of Congress are finally forced to at least consider criminal justice reform.

The same community-level protests that are pushing legislators to look more closely at the rampant abuse people experience at the hand of police and in prisons have also led to a revolution in DA offices around the country, including in Philadelphia. Indeed, just as Philadelphia’s history of aggressive policing and excessive imprisonment from the 1960s played out in countless major urban centers across this country, so, too, do its current efforts give us some hope that, notwithstanding the fear-mongering of Attorney General Jeff Sessions, we might soon make a dent in this crisis.

Although Meek Mill’s celebrity made his recent release from prison newsworthy, it was his all too ordinary experience in the criminal justice system that last year mobilized Philadelphians to put a new district attorney in office. That new DA, Larry Krasner, is unlike anyone Philadelphians have ever seen in that position.

In short, Krasner was elected because he spoke out against how racist the current criminal justice system is. “We have a system that makes apartheid look like they weren’t locking up enough people, compared to our standards,” he said in a recent radio interview. Krasner agrees with so many black Philadelphians that current sentencing practices are nothing short of “disastrous” and have much more do to with “a bunch of legislators” than with what actually needs to be prosecuted. According to Krasner, seeking the most punitive – instead of most effective – sanctions for wrongdoing, is “part of why we have so many people in jail, and we don’t have public schools.”

And it was this DA, elected by urbanites sick to death of the way a generation of black and brown youth have been criminalized in this country, who actually made it possible for Meek Mill to be released last week. Not only did Krasner not oppose Meek Mill’s release (which could have deep-sixed it), but, more important, it is the policy of this DA to hold people for no more than 6-to-12 months on violations of either probation or parole.

According to research by Fordham University law professor John Pfaff, the terrible spike in incarceration we have seen – and particularly the rise in the number of people serving major time on felony charges – is owed to prosecutors. As Pfaff notes, “Roughly speaking, half of this increase in felony filings comes from cases of misdemeanors being charged as felonies.”

From Charlotte, North Carolina, where long-time public defenderToussaint Romain is making his bid for the DA (because, he recognizes “not everyone needs to be sent to prison forever”), to the reform prosecutors that have already been elected in cities like Brooklyn, Chicago, Houston and Denver, relief well may be coming – not just for big name artists like Meek Mill, but for all who have endured the punitive turn of the last 40 years. Thanks to a new organization calledFair and Just Prosecution (FJP), this new generation of prosecutors is not only winning offices around the country, but they do so “with the goal of designing and implementing strategies that strengthen public safety without an over-reliance on warehousing people in jails.”

This matters. As “Freeway” Rick Ross – not the rapper; the one who spent a good portion of his life criminalized and behind bars, partly as a result of the infamous “three strikes rule” – explained it to me in a recent call, “When I was comin’ up in South Central I just knew I was going to prison.” As an adult, “a lot of brothers” he knew had “been on parole 10-15 years,” and were constantly being sent back to prison on mere technical violations. But as Ross sees it, “people are getting fed up with this ‘lock em up and throw away the key’ moment we’ve been living in.”

He’s right. And, thus, what happened to Meek Mill last week matters – not because he is famous and has friends in high places, but because men and women like him across the country, and most recently in Philadelphia, have been speaking out against injustice and finally, it seems, their voices are being heard. 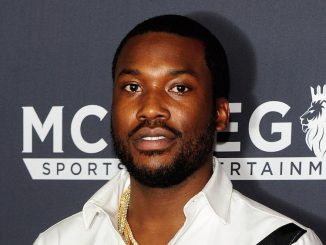 Meek Mill Is Free! Released From Prison By Supreme Court 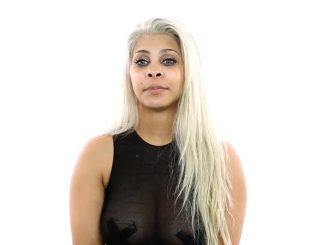 Lady Lebraa aka Empresaria: I Don’t Have Anything Negative Toward Meek Mill, I Was a Fan