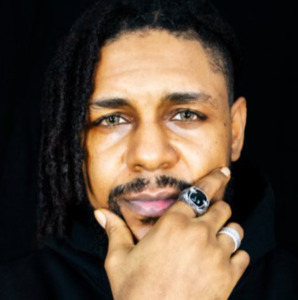 Who is Lucky Church? That’s a name people never forget, and everyone is intrigued to hear his story once they meet the charming NYC native. Lucky is a Global Liaison and a Master relationship builder with over 20 years of experience in the Entertainment Industry. Born in Harlem and raised in the Bronx, Lucky graduated from DeWitt Clinton High School, boasting such luminary Alumni as Stan Lee, Tracy Morgan, and Ralph Lauren. Inspired by his secondary education, Lucky chose to further his studies at S.U.N.Y. Farmingdale, where he honed his talents.

Lucky began his journey into the entertainment world as the lead singer of his rock band, “The J.U.S. Evolution.” During this time, Lucky realized his natural talent as a Relationship Builder, Project Manager, and Publicist. His transition from a corporate rocker to an unassuming executive was effortless, which led him to be associated with both of those monikers while consulting with a long list of famous brands, such as Jordan, Nike, Levi, Converse, HSBC, NFL, NBA, The Grammys, Phillippe Chow, B.E.T., Universal Records, Wutang Clan, Playboy, Hunt & Fish Club, Fat Joe, and Chef Cordell Robinson among many others.

During the summer of 2015, Lucky was recruited by one of NYC’s famous PR Firms, Lizzie Grubman Public Relations. As Director of Concierge Services and Client Relations. Lucky helped expand the LGPR brand beyond expectations by building partnerships with the NFL, NBA, and NYFW. Bridging the Gap between his clients and the Grubman Firm proved to be a power move that would forever change the trajectory of his already flourishing career. This phenomenal opportunity led Lucky to a new partnership with industry titan Ty Hunter (Business Partner/Creative Director/Celebrity Stylist). Together they have worked alongside elite brands like Burberry, Showtime, Billy Porter, The Grammys, Hyundai, The Crayon Case, City of New York, VH1, Merchants Hospitality, and Tzili Charney, to name a few. Ty and Lucky continue to secure lucrative deals as a team.

Lucky’s story is still blossoming, and he is truly making his mark one step at a time. With his finger on the pulse of culture, he is always ahead of the curve and is an influencer in his own right.  Currently, Lucky teamed up with Mungo Creative Group, where he became the Director of Client Relations, Public Relations, & Social media Management. Lucky signed Billy Porter as his first client with Mungo immediately after officially joining their team. Lucky has also become the brand manager for Elliot Carlyle who is a fashion influencer and the Lead Consultant for the CFDA. As Lucky Church always says, “Trust your journey and know that what’s meant for you will be yours. The most powerful asset we have is the magic of our minds, and we must know that everything we do has a purpose. When you walk within your purpose, you will truly be happy and fulfilled.”