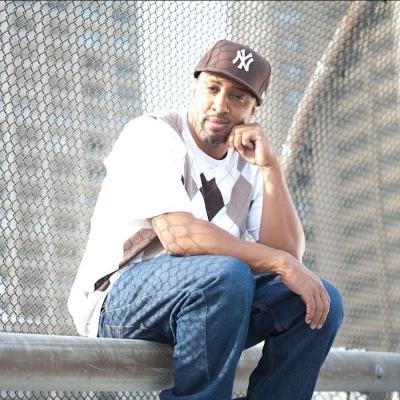 “Classic (J.T.S.)”  is Hip-Hop at its best, taking you back to a magical area of East Coast rap dominance when Dougie Fresh was rocking the show, Whodini warned us about fake friends, and LL Cool J couldn’t live without his radio. In “Classic (J.T.S)”, Harlem raised John O. celebrates the breakthrough style and persona of LL back in the day down to his lyrical flow, charisma, and style including the signature Kangol. It’s an Interboro New York celebration where Ralph McDaniels broke the hits on Video Musicbox and Gramma Funk ruled weekly at The Funk Hut.

John O., a native of Harlem, New York, has been in the rap game for over 30 years, yet his evolving style eschews the ‘old school’ label granted to many artists from the ‘golden age’. He was first discovered at a high school talent show when Khalil from the legendary R&B group The Force MDs asked him to join the rap group “Just Us” on Dr. York Records. Eventually, John achieved a breakthrough when he was signed to Mercury Records in 1991 under the name Jay B.U.M.  where he released the single “The Underground” alongside label mates Black Sheep, Ultramagnetic M.C.’s, and ED O.G. and The Bulldogs.

In the following years, John found viral success in comedy co-starring in over a half dozen independent movies and hundreds of YouTube sketches along with his brother Affion Crockett with more than 10 million views.  Despite his internet celebrity, in the past years, he has produced several mixtapes and albums as one-half of the hip-hop duo Tha Gecko Brothas. A single dad of a seven-year-old son, John O.’s  2021 solo album “Lawton” received praise for its polished production and  ‘grown-up’ sensibilities. Look for John O. and Tha Gecko Brothas on tour beginning this spring with Funk stars, Cameo.

In addition to receiving a nod from LL Cool J, John O.’s ‘Classic’ has received accolades and stamps of approvals from Black Hollywood.

“John O. has always been a huge LL fan so to see this full circle tribute is surreal and dope AF.” – Affion Crockett, Comedian

“Classic is fly. I love the instrumental and the whole feel of the song, plus it’s about the G.O.A.T. – LL Cool J…definitely one of my favorite hip hop songs I’ve heard in a while!”