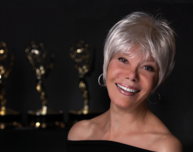 Carol Brown spent years as a professional makeup artist working with some of the most fascinating actors and celebrities, in Hollywood.  Her book has 17 five-star reviews on Amazon and is getting glowing reviews from many readers including one from Top 100 Amazon reviewer Grady Harp. “The most critical reader of this very fine Guide to Beauty for women would be a response from a Cosmetic Surgeon so speaking from that role, Carol Brown has created the most solidly professional honest and realistic and applicable book about maximizing all aspects of looking spectacular. It offers an in depth imagery of facial types, cultural idiosyncrasies and how to enhance every aspect of the face from shape and volume to shading and highlight the face.”

The book won 1st Place Winner in the New England Book Festival: How- to Category 2016,

received many awards of distinction by judges, book festivals, contests including but not limited to:

“Women everywhere spend hundreds of thousands of dollars on makeup products to camouflage their flaws, to make themselves look great, only to be disappointed because they don’t remember how to apply it once they get their purchases home,” explains Brown. “Fans have often asked me what I used to create their favorite character’s look. I tell them, as I teach readers in my book, it’s not so much what I used, but how it is used. It’s the technique.”